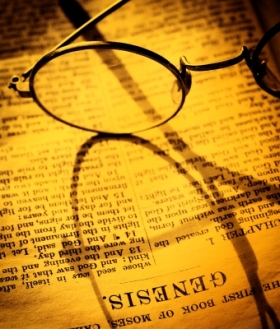 The 11:11 phenomenon poses a familiar question to many people, “What does it mean?”  It’s a question my husband and I have pondered almost daily as one or the other, or both of us, ‘just happen’ to glance at the clock at that exact time.  So, I Googled it, but the 502,000,000 answers that popped up in 0.33 seconds were not very satisfying, ranging from New Age philosophies that 11:11 has mystical powers, to Christian opinions implying the most dire of warnings to the most bountiful of blessings.

None of the many posts resonated in my spirit, so I left it to God and told Him if He had something He wanted me to understand I’d wait until He was ready to tell me.  I forgot about it for some time—months, at least.  Then one morning as I was reading my Bible, the Lord started me on a path through scripture that was eye-opening.

A footnote in 2 Samuel 24:8 caught my eye, and that it pointed to 1 Chronicles 11:11 suddenly seemed like a very important avenue of pursuit.  As I followed the trail the Spirit led me on, I came to believe that 11:11 is specific to the events of the end times in regard to Israel.  Not only is Israel front and center in the news, but Rabbi Jonathan Cahn’s books The Harbinger and The Mystery of the Shemitah have served to put Christians and non-Christians alike on notice that God is on the move.

I was led to begin at 1 Chronicles 11:11 and then to check every reference  in the Old Testament and in Revelation, keeping in mind that in ‘dreamspeak’, 11 means disorder, imperfection, incompleteness, and judgment; but it can also mean revelation, transition and prophecy.  Would each of these scriptures somehow relate to one of those meanings?

It seems pretty clear that all of the references above relate to Israel in a way that aligns with the meaning of the number 11.  But writing this, I wondered if other biblical instances of 11:11 would also apply, and was not surprised to find that every other Old Testament occurrence can also be applied to Israel.

The 11:11s in the New Testament prior to Revelation are geared toward the Church, touching on John the Baptist, Jesus, and Christianity.  But, Romans 11:11 is notable for this discussion in that it references both the Gentile Church and Israel, “So I ask, did they stumble in order that they might fall?  By no means! Rather through their trespass salvation has come to the Gentiles, so as to make Israel jealous.”  And then, Revelation 11:11 very appropriately ties it all together with the two witnesses.

It seems pretty clear that 11:11 should be a reminder to all that both Israel and the Church play into God’s prophetic timetable, which includes both the positive and negative aspects of the meaning of 11—disorder, imperfection, incompleteness, and judgment, as well as revelation, transition and prophecy.

So, I think I’ve got it—at least for myself.  I believe 11:11 is God’s reminder to watch what’s happening with Israel, and to remain alert for the signs of His coming as we, His Church, watches the unfolding of prophecy.