Skip to content
HomeTo Be or Not to Be… 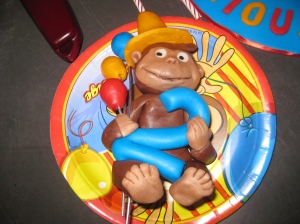 Happy Birthday to the Standing In Faith discussion group on LinkedIn, for today we are 2 years old.  Not only that, but we welcome our 700th member, which, I must confess, completely astounds me.  I’ve pondered all day what to write in celebration of the occasion, but just couldn’t come up with anything good.  I finally decided to do what I should have done in the first place and ask the Lord (Duhhh!!!).  The easiest way to relate His answer is to simply copy the conversation from my journal….

I sit here pondering what I should write on my blog so I ask the Lord and immediately hear, “To be or not to be, that is the question.” What’s that all about Lord? What does Shakespeare have to do with this?  To be or not to be what?

Yeah but… I need more information.  And I hear a song…

The whole world was lost in the darkness of sin, the light of the world is Jesus.

What shall I say?

Send the light, the blessed gospel light, let it shine from shore to shore. (another song)

Lord, if you give me the words to write and I post it on my blog/group, it will go from shore to shore because you’ve grown the group internationally.

And that was it.  I kept asking Him to embellish the message but there was no response, so I started researching the phrases to figure out how to do it myself.  I guess I’m slow, but I finally got it!  His message is so simple.  Mankind must make a decision, to be or not to be His; and though the whole world is lost in the darkness of sin, the light of the world is Jesus.  It’s a message that doesn’t need embellishment.

That simple message is what the Standing In Faith Group is all about, and my prayer is that He will shed His light around the world as we go forward into our third year.

The true light, which gives light to everyone, was coming into the world.  He was in the world, and the world was made through him, yet the world did not know him.  He came to his own, and his own people did not receive him.  But to all who did receive him, who believed in his name, he gave the right to become children of God, who were born, not of blood nor of the will of the flesh nor of the will of man, but of God.

And the Word became flesh and dwelt among us, and we have seen his glory, glory as of the only Son from the Father, full of grace and truth.  (John bore witness about him, and cried out, “This was he of whom I said, ‘He who comes after me ranks before me, because he was before me.’”)  For from his fullness we have all received, grace upon grace.  For the law was given through Moses; grace and truth came through Jesus Christ.  No one has ever seen God; the only God, who is at the Father’s side, he has made him known.